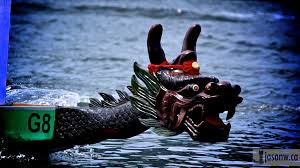 So.  I got it into my head that my husband and I should learn something new together – that it would be good for us to have a new activity to do.  So when I saw Groupon had a 4-week intro class for two in dragon boating, I jumped on it.

We started the Friday before last.

Now, let me first say some things about Vancouver. END_OF_DOCUMENT_TOKEN_TO_BE_REPLACED

Ok, ever since I moved to Vancouver about six years ago, I’ve been hearing about the Richmond Chinese Night Market.  Now the name alone was enough to provoke my curiosity.  I love Chinatowns, and I love open-air markets, and I love the idea of having such a thing in the evening instead of 10 am on a Sunday or whenever they usually happen.

Also, a bit of background for those of you who aren’t familiar with Vancouver: Chinatown here isn’t all that big.  Yes, it has Chinese people, but it’s nothing compared to Richmond.  Richmond is out in the suburbs and it seems to be where a large part of our Chinese population has chosen to settle.  It has entire areas you can drive through that don’t have any signs in English.  It’s kind of awesome.  So presumably a Chinese night market in Richmond would be the real deal. END_OF_DOCUMENT_TOKEN_TO_BE_REPLACED

Summer in Vancouver is a fickle thing.  Our winters aren’t all that cold, but they are long and dreary and by July we are pretty desperate for vitamin D.

This year has been a major summertime disappointment.  Three nice days here, a morning there, but nothing consistent, or even over about 22 degrees. 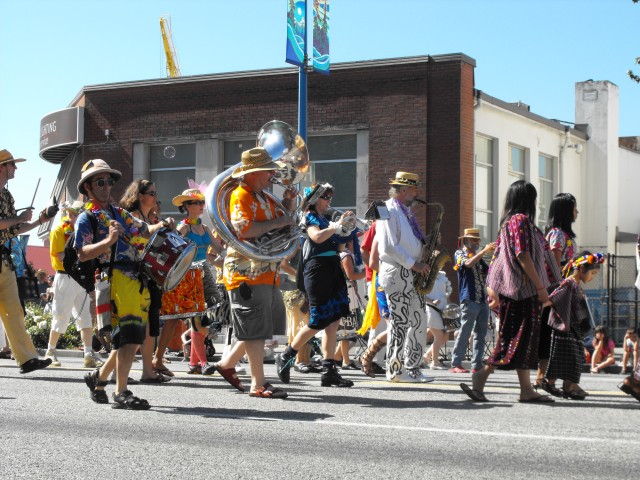 END_OF_DOCUMENT_TOKEN_TO_BE_REPLACED

So.  We sold our beautiful little apartment.  This is bittersweet because it really is a lovely apartment.  It has cool tiling and a gigantic walk-through closet.  It was also our first foray into real estate and we’ve been really happy here.  But we want a bigger place.  Not huge or anything.  Just big enough to have another room to put guests in instead of having them on the floor. 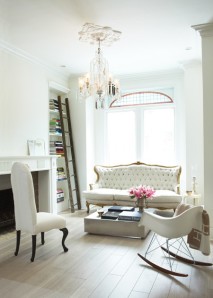 This is not our apartment. I found this photo on House and Home magazine's website. We do have a white couch though.

But it all happened very fast.  People said the economy was bad and the market was slow, and buying first was a bad idea because it could create a situation of having two mortgages if we couldn’t sell.  That sounded scary and expensive.  So we listed first and expected it to take a few months. END_OF_DOCUMENT_TOKEN_TO_BE_REPLACED 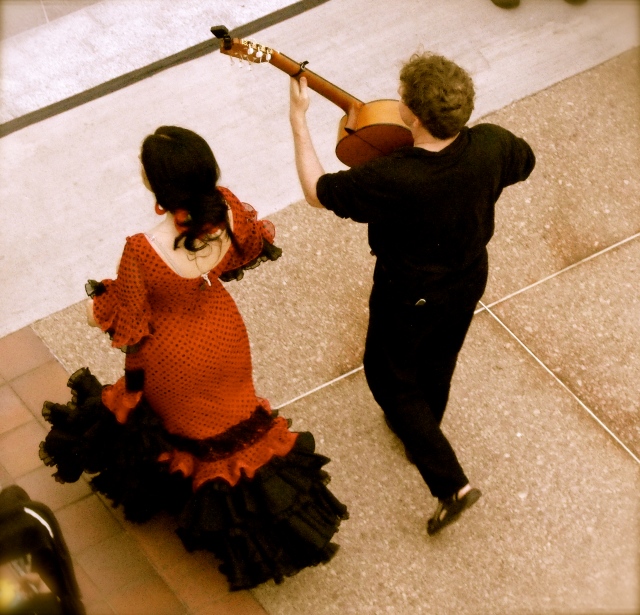 One of my favourite things about summer is all the events that go on.  Last night was Public Dreams’ annual Illuminares Lantern Festival.  I’ve been meaning to go to this for years, but never got around to it.  This year, they moved venues to Canada Place, which is pretty handy to home, so we decided to make the trip. END_OF_DOCUMENT_TOKEN_TO_BE_REPLACED 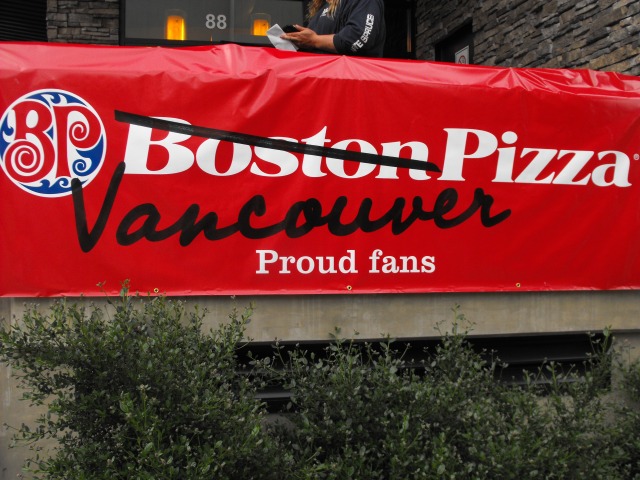 Outside my window, not long ago and from somewhere several blocks away, there came a roar, apparently of joy.  It was sustained over several minutes and it was loud: dozens (hundreds?) of voices plus car horns and air horns and who knows what else.  Under other circumstances, I would be concerned that a riot or revolution of some kind had broken out. END_OF_DOCUMENT_TOKEN_TO_BE_REPLACED

So many choices, so long a winter

That’s right.  Someone got that song back into my head last week after I spent three years getting it out, so I thought I’d spread the joy.

I am fortunate enough to live in the small corner of Canada that was not created by some ancient vengeful weather god to separate those who are tough from those who are grizzly kibble.  Vancouver is what people optimistically term “temperate.”  We have a lovely summer, which is warm and sunny and pleasant.  On a good year, summer will last eight weeks.  We also have a rainy season, which lasts for the rest of the year.  And I believe that as of today, my friends, rainy season is upon us. END_OF_DOCUMENT_TOKEN_TO_BE_REPLACED 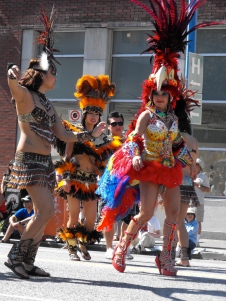 My fabulous friend and her adorable pixie daughter journeyed across the sea to visit us this last weekend.  It was brilliant.  We had as many child-friendly adventures as we could fit into two days, which it turns out is quite a lot.  It is now Tuesday evening — they left Sunday afternoon — and I am still utterly exhausted. END_OF_DOCUMENT_TOKEN_TO_BE_REPLACED 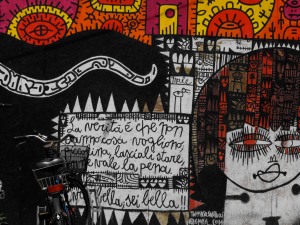 I don't know what this means. I hope it's not rude.

Ok, that title is a little misleading, as I’m really not much of a one for believing in fate or astrology.  I’m a little more open to the idea of luck, and a lot more open to the ideas of hard work and good planning, but hey, to each her own.  Sometimes, though, it feels like something — destiny, if you will — is on your side.  And for me, this was one of those weeks. END_OF_DOCUMENT_TOKEN_TO_BE_REPLACED 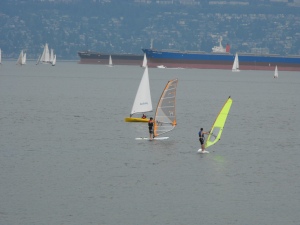 People windsurfing. None of them are me.

What search am I talking about, you ask?  Well, gentle reader, I refer to my ongoing search for a sport that I am able to perform without doing either of the following:

Inspired by a smoking hot deal I found on the Groupon website, the sport I attempted today was windsurfing at Windsure Adventure Watersports at Jericho Beach.  As it turns out, windsurfing meets neither of my criteria. END_OF_DOCUMENT_TOKEN_TO_BE_REPLACED