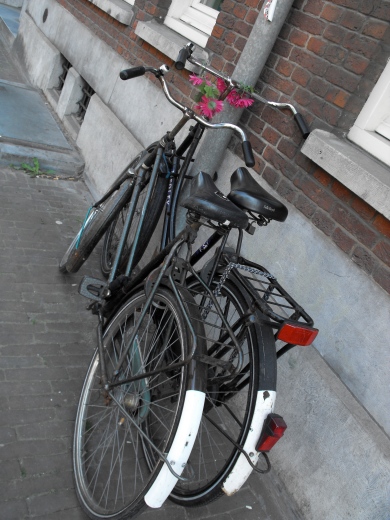 Amsterdam was a stopover in both directions on our trip.  We had about four hours there on the way to Spain, and an overnight on the way back home.

On the four-hour segment, we were greatly exhausted, having just flown for nine hours, so we took a canal cruise (beautiful views, vaguely annoying guide), wandered a little, had lunch, and got back to the airport, all in a bit of a daze.

On the way back, things were a bit more leisurely.  We’d only flown the couple of hours from Madrid and had more time to explore, which we mostly did on foot, though we had a day pass on transit that we also used to great effect.  It’s a gorgeous city.  Despite what my time in Ireland led me to believe, it is not just a place for raunchy stag weekends and getting stoned.

I had troubles photographing it though, as I felt that the beauty was of the 360 degree variety.  Nothing I took really felt like I was doing it justice, because I was forced to leave things out.

A big highlight was the Van Gogh museum, which was the only museum we visited from the wonderful array of museums Amsterdam has to offer.  (Gigantic line-up, but also a sign that said, “Why wait in line when you can cross the street to such and such booking office and get your tickets right away?”  Being a suspicious sort, I stayed in line while husband investigated and came back with tickets.  Then we skipped the queue like we were VIPs or something while other people in line glared at us.  It was rather fabulous.)  Full of Van Goghs of course, but also a number of big names he was buddies with or who influenced him.  And on the second floor was a delightful surprise of posters/lithographs/prints by the likes of Lautrec and Steinlen.

I’m not sure that Amsterdam is a place that I would go on vacation for any significant length of time, but simultaneously I’m happy we went and I’m quite sure I’d love to live there.  It was just that kind of city.  I’d probably need to learn to ride a bike though.  Bikes are a very big deal in Amsterdam.

END_OF_DOCUMENT_TOKEN_TO_BE_REPLACED

So here’s what I learned about San Francisco when I went to San Francisco – it’s really close.  From Vancouver it takes two hours and thirteen minutes to fly there, and it’s worth the trip.

It’s a colourful city, in any way you’d like to interpret that.  I found the people to be diverse and friendly.  Like Vancouver, it’s a city on the water, which is a quality that always makes me feel at home.  But it was the architecture that really blew me away.  Every corner of every part of town had some gorgeous building on it.  And no one seems afraid of colour when it comes to paint, which was refreshing. END_OF_DOCUMENT_TOKEN_TO_BE_REPLACED

I am super excited.  I’ll be going to San Francisco this Saturday with a girlfriend and staying for a week.  Everyone says it’s a great city, and I have never been there, which makes it even more exciting. 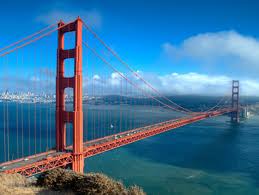 But what to do?  I’ve been reading my little guidebooks, but there is way too much information there.

Here is what I have planned for sure: END_OF_DOCUMENT_TOKEN_TO_BE_REPLACED

Do clichés get dumber than this?  Curiosity actually probably led to every great discovery and interesting idea out there.  And I don’t think it really kills that many people outside of horror movies.  (“What was that freaky noise?”  “Let’s find out!”)  I’m sure heart disease kills a lot more people, and you don’t see anyone coming up with witty aphorisms about that. END_OF_DOCUMENT_TOKEN_TO_BE_REPLACED