So, we have here that most rare of things, a gorgeous sunny Vancouver winter day.  It is truly glorious.  Am I going for a hike?  No, I am not.  I do not hike.  Much.

No, instead, I am sitting inside enjoying the light through a window, which is how I most like to enjoy the sunshine.  I may have been a cat in a former life.  And what else am I doing as I luxuriate in the sun and write to you, my friends?

I am boning up on pop music. END_OF_DOCUMENT_TOKEN_TO_BE_REPLACED

I went to a Mozart concert yesterday.  Mass in C, if it matters.  It was a good concert.  Everyone likes Mozart, after all, and the orchestra was sharp and the choir was massive and there were many nice sounds being made.

Now this is going to make me sound like a total philistine, but I’m afraid I fell asleep for a little bit in the middle.

Don’t get me wrong.  I love classical music and I dig Mozart as much as the next guy.  But the theatre was dark and warm and the music was soothing and it just happened. 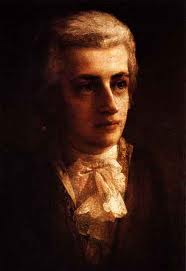 The parts where I was awake were very moving though.  And I realized my problem wasn’t with the music or the performers, but with being in the audience.

I used to be in a band.  Concert band.  I played the flute.  It was a long time ago but it was a lot of fun.  Music has power for me, for a lot of people, I’m sure, and making it — being a part of it with other people — lets you enjoy it from a different angle than just listening.  I want that back.

This concert made me nostalgic for it and now I think I want to be in a band again.  I have no idea where I’ll find the time or if there’s even a band around here to join or if I’m still good enough to play in a band.   But I think maybe I should find out.