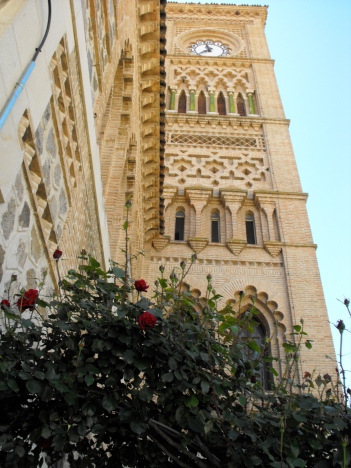 If you enter Cordoba by train, do not let the walk into town fool you. We did this. We left the train station and headed in the direction that the information people said was centre. There is a very nice park that you follow to get there, but otherwise, the city — while pretty — is not the most inspiring thing you will hope to see in Spain. And after coming from Toledo, we were a little let down.  But folks, stick with Cordoba, because in the middle of this city is the old city and the old city is gorgeous!  (I’m sure there is an excellent moral here about first impressions, but I don’t think I’ll pursue it.)

Seriously, I think if I were going to Spain and could only go to one city, this would have to be it.  This is taking into account that there was a heat wave going on while we were in Cordoba, and the midday heat was 45 degrees.  (That’d be 113 for my American friends.)  White stucco buildings, flowers everywhere, pedestrian-only streets (I live for pedestrian-only streets), orange trees, and a slow-moving pace and attitude that I found lovely.  Of course, I was on vacation.  If I had actually needed to get something done, I may not have found it so charming.

Thing you must see:  Cordoba changed hands a few times over the years, and while I’m sure that was warlike and awful at the time, the legacy was the Mosque/Cathedral in the heart of old town.  It was originally a Christian Visigothic church.  Then, under Muslim reign, it was greatly expanded and renovated over the space of a few hundred years to become a mosque.  When the Catholics took it over, they were clever enough to not tear it down, but instead to add their own flair.  And honestly, of all the buildings I’ve seen in the world, this one is probably in the top three for breathtaking gorgeousness.  You know how I said you should be particular about the monuments you choose to see in Spain?  This one makes the cut.  I think it cost 8 euros to get in and honestly, no matter what kind of budget you’re on, it’s worth it.  Skip lunch or something if you think you can’t afford it.  Seriously.

Local food to try: Salmorejo, which is a cold tomato cream soup, and better than that description makes it sound.  Also, fried eggplants with honey.  Sweet raisin dessert wine.  [A note here.  I am vegetarian.  Spain has a lot of seafood and pork products that make up their local specialties.  I didn’t have any, so I’m not going to mention them.  They exist though, and I’m sure they are very good.]

If you’re feeling ghoulish: We didn’t go to this, but there’s a torture museum detailing and displaying tortures from the Spanish Inquisition.  People I spoke to who went found it quite disturbing.

If you have some extra money to spend:  There are some pretty wonderful-looking Arab bath/massage places.  They were a bit pricey, but are definitely on my list for next time.

If you want to buy it, buy it here: Silver filigree jewelry, ceramic tiles.

Worth the trip on a scale of one to five: 5 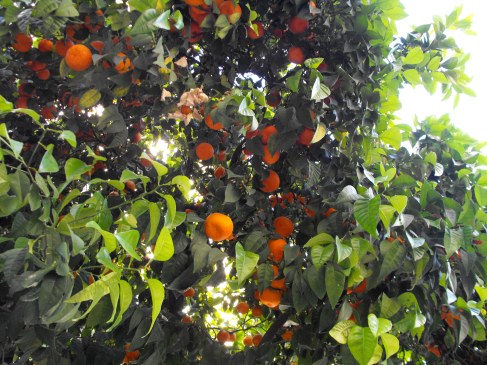 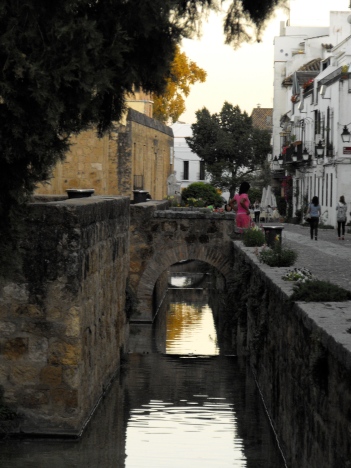 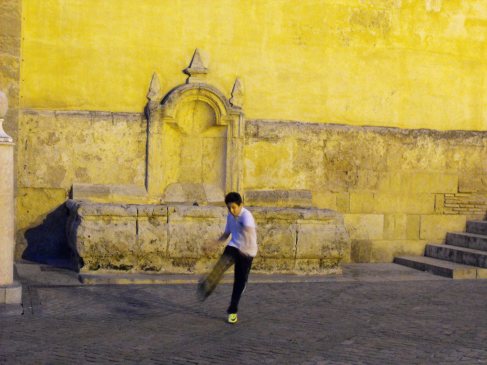 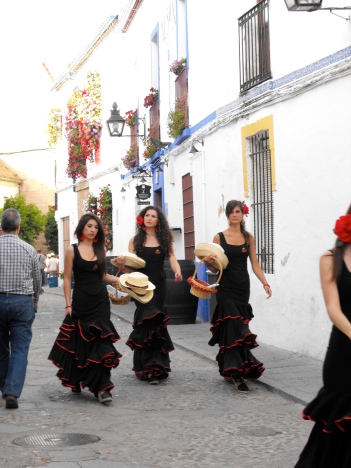